HEMSWORTH GRAMMAR SCHOOL 1921-67
Hilmians
​HGS friendships last for a long time, if not forever.
All these that were once realities are now memories. Never again will these happy sights belong to me. If ever I come to School I shall be an onlooker not a partaker. Perhaps I shall wander round trying to live again the joyous hours that at once I took for granted; but everything will have changed and probably I shall be thought "just another Old Hilmian making herself a nuisance and acting as if she owned the place".
So, for all these memories, School, I thank you.
Audrey Jenkinson 1938
Hilmians Rugby
The Hilmians Rugby Team from the early days a long time ago. 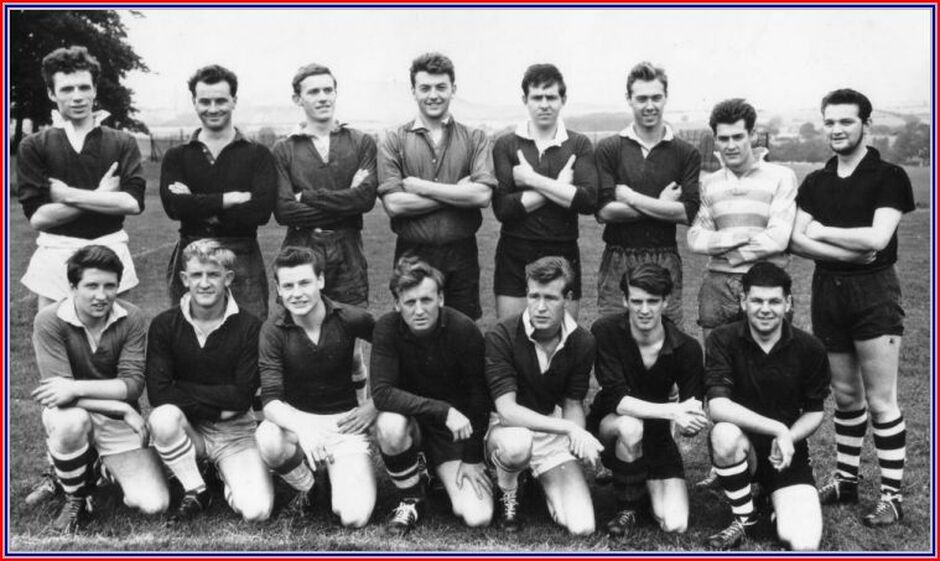 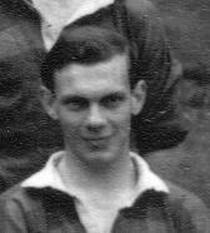 It is good to see some familiar names and faces.
Terry McCroakam 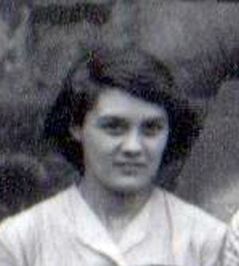 I have only recently found this website and it’s lovely to have all the memories of HGS. The photo sent by Howard Widmore (above) had so many faces I recognised. I started there in 1952, at the same time as Howard. I was Anne Booth and lived in Mill Lane, near the co-op, and knew Howard very well.
Anne Pettifor
Reunion 1952/53
Strange though it may seem, Stourton, near Shipton, Warwickshire, was the scene of an Old Hilmian reunion early in August. A delightful journey through the Dukeries and along the old Foss way, terminated with a typical Storer welcome, and hospitality which many Old Students know so well. For a week Bell House rang with reminiscences, shared by the Storers, Mr. Manning and his family, Harry Williamson, now in his own business in Rugby, and his wife, Mary Jones, their two children, Marjorie Harrison and Freda Swaine. Old Students everywhere will be glad to know Mr. and Mrs. Storer are well and are thoroughly enjoying their retirement. They are already very popular, and when they are not entertaining Hemsworth friends, they are very busy in the social activities of the village community. Donald Storer is enjoying life as an aeronautical engineer in Weybridge and Betty has obtained a Teaching post in Carlisle.

​More Hemsworth memories were recalled on a visit to Mr. and Mrs. Austin who live in retirement in a fascinating old stone cottage at Eydon. Madamoiselle Parteau, who taught French at Hemsworth Grammar School in 1931 was on a visit to the Austins and was delighted to renew contact with Old Students. She had some bitter experiences during the war and is now teaching English in a Paris Grammar School. Mr. and Mrs. Austin are as active as ever and are absorbed in Church activities and their wonderful garden. Mr. Austin still revels In his workshop. Betty Austin is an accountant at St. Hilda's College, Oxford, and Laura holds an important post in Nursery work in Plymouth. Margaret is now Mrs. Leory and has two girls, Sally and Pauline. Molly Parsonage and Hilda Pritchard have been to Eydon and Alec Ramsden is a frequent visitor as he works in the district.

The highlight of the visit was a meeting with Mr. Jenkinson in Oxford. He was thrilled to be in touch with his old School. He was looking extremely fit and was surprisingly nimble. He said he felt he could still manage the Morris Dance, Lads o' Bunchem. Mr. Jenkinson proved a willing guide round the various colleges and was a veritable mine of information. A great thrill was experienced as one sat in his former seat in the Great Hall and Chapel of Brasenose College. He asked about innumerable Old Students and Staff and sent his good wishes to all. Mr. and Mrs. Jenkinson were preparing for a holiday in Ireland. His son and daughter both work in Oxford, the former, now married, in Barclays Bank, and the latter is a Secretary in a Boarding School. ​A letter in October revealed the fact that Mr. Jenkinson had indeed enjoyed his Irish holiday. He flew both ways, took several sightseeing motor coach tours and had several delightful bathes!
The Hilmians 1954
From the School Magazine 1954
​The Old Hilmians Association
Doubtless there are only a few pupils at H.G.S. who are unaware of the existence of the Old Hilmians' Association; but, for those few, I state, here and now, that there does exist an association of ex-scholars of H.G.S. which calls itself the Old Hilmians' Association. The Association's primary object is to keep members in contact with one another.

Last year was a very successful one. As usual, the annual Magazine was issued to all members free of charge. The Magazine is now followed by "Supplements" in Spring and Autumn. The Christmas Dance was as great a success as ever. Dress is becoming a little more formal at this function, but not so much as to make sports coats and flannels feel at all "uncomfortable".

Theatre parties to Leeds are still arranged, the shows being specially selected. To give you some idea of the type of shows seen, here are some of the ''stars'' seen recently: Barbara Kelly, Ronald Shiner, Hermione Baddeley and Wilfred Pickles. The Cricket Club had a very successful season last year, and won seventeen of the twenty matches played. The Club was very pleased to welcome as guest-players during the school summer holidays a few members of the School teams. We hope that even more of the pupils will take advantage of the offer in the coming season.

Would anyone like a job - a job with a bit of work and no monetary reward ? There are one or two vacant places on the Committee which the Association would like to see filled by Younger Blood with new and fresh ideas. The job, naturally, involves some work, but you can take it from me, that it is interesting and satisfying work.

Above all, may I remind you that you are helping us a great deal if, "before" you leave, you pay your first year's subscription? What's wrong with paying "after" you leave? - Nothing, except that it never happens.

So far, I have been talking about the O.H.A. in general, but, this year, two of our old Boys must, in particular, he mentioned. The first is Sgt. P. R. Weaver who was at the School from 1932 to 1937 and has lately been mentioned in Despatches for gallant and distinguished services in Korea. The second is Mr. J. R. Brailsford who, at the early age of 32, has been appointed Treasurer to Hemsworth Rural Council, after as distinguished a start to a career as one can imagine. Good luck to them both, and may we all profit by their example.