HEMSWORTH GRAMMAR SCHOOL 1921-67
Clubs and Activities
I think it's wonderful to find such an informative site dedicated to a school and staff who nurtured us in our formative years.
​Gordon Clarke (HGS 1943-50) 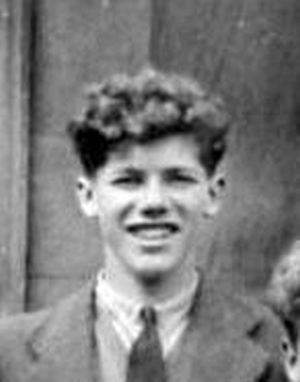 From Sheila
​What we had at HGS
Some of us were very busy at HGS. I came across this little gem in a green Exercise Book with a linen spine. The entries at the back list height and weight twice a year as taken by the PE teacher, which in my case was Miss Parkin 1955 and 1956. She married and became Mrs Blatherwick for 1957. By the end of 1957 Olive Walker had taken over until 1959. Miss Musgrave then made the rest of the entries until I left in 1962. There was also a House record on the back page, filled in for the whole of my HGS school life by the Holgate Teacher, Miss Kath Ward. It listed involvement in Music Competitions, House Dramatics, Swimming, Netball, Hockey, Tennis, Athletics, House Relay Team, and added to these, in the 6th year House Vice-Captain, 7th year House Captain. How did we ever have time for lessons! 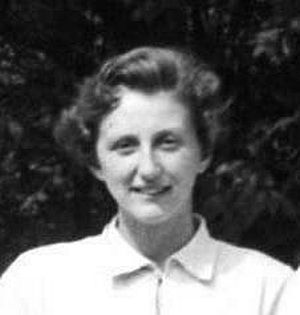 Sheila Kelsall
These activities, which we took so much for granted, are now paraded as something special in today's educational scene. Such diversity of opportunity was the norm for us, and included after-school clubs, Geography Trips, Holidays Abroad, Trips to Stratford, Ilkley Sevens, Yorkshire Championships, School Plays, Music Competitions, Film Society, Esperanto, Chess, a Bridge Club, the Student Christian Movement, and an annual London visit by a small group of pupils for the Conference of the Council for World Citizenship. We were entertained by the Staff Play and the Music Concert. We were stretched by the team games of Hockey, Tennis, Rugby, Netball, Rounders, and Cricket, where progress was rewarded with team colours. We could shine as individuals on the athletic field, in a debate in the Lecture Theatre or musically on the stage in the Main Hall. Form prizes were Awarded annually during Speech Day at the Hippodrome to those who shone academically. Some wrote poetry, others produced articles in the School Magazine. In 1961 a French Exhibition was staged in the library by the 4th form, and there was a Drama Club of Lower 6th students which toured a production around the area in aid of various charities.

I have probably missed something, other than the Fives court, but even from this ad hoc remembrance, one can see that the HGS philosophy was to equip its pupils to get the most out of life when they left, and to give them a taste of things other than those at which they were naturally gifted. Those people we all met at HGS came into our lives for a reason, a season or a lifetime. Any way you look at it, attending HGS was a memorable time for everyone, and this site celebrates it.
Sheila Kelsall (HGS 1955-62)
Two activities from 1923
Literary and Debating Society 1923
With the aid of Miss Robinson, a Literary and Debating Society is in the process of formation. At present it is confined to members of the Vth Form, and one meeting has been held, when the advantages of the present generation came under discussion. It was decided that we are better off than our grandfathers. It is intended to hold three or four meetings during each of the winter terms, and later on to admit members from other forms as well as members of the staff. A good number of girls and boys entered for the “Daily Graphic” Scholarships in February last year. Although nobody obtained a scholarship, diplomas for good work were awarded to the following:- L. Dinsdale, Lilian Dykes, Doris Miles, M. Thornton, Kathleen Thompson, Millicent Wootton, E. John Barker, Harry Crossley, Arthur Thorpe and Walsh.
Miss Robinson (Senior Teacher of English)
Wireless Club 1923 (Radio Society)
Few of us are quite indifferent to the romance of this the latest wonder of science. To be able to hear musicians and speakers performing hundreds of miles away must grip the imagination especially when one considers the insignificant looking wire stretched overhead and the somewhat mysterious array of little boxes that work the 'phones. The fascination has gripped the members of the School Wireless Club. Most of them have proved their keenness by writing essays, and good essays too, when one considers the difliculty of the subject.
Below is a list of the names arranged in order of merit:
F. Swaine. Barker
L. Dykes. Bull
E. Thorley. Slatcher
M. Hodgson. Hawkesworth
K. Jagger
From purchased parts the Club has built up five “units". Each unit has a special work to do and is contained in a separate case. Each unit was put into the care of two or three enthusiasts who, except in the cases of special difficulty, did the whole of the construction themselves. Unit “three” in the hands of Bull and Carter gave the least trouble and was completed within ten days of starting. Others were rather difficult to fit and involved many hours of work. At the time of writing we are waiting for a wrong battery to be exchanged, and then will come that exciting moment when we make our first attempt to pick up signals from the ether, and so prove that our work has been good. A period of adjusting the apparatus will doubtless follow, but before these notes are published we hope to get into full working order. Further developments include some simple wireless experiments for the experts (shall we ever “get” America?) and the fitting of a loud speaker which will make it possible for many more to “listen in".
The northern part of the North Walk in 2003