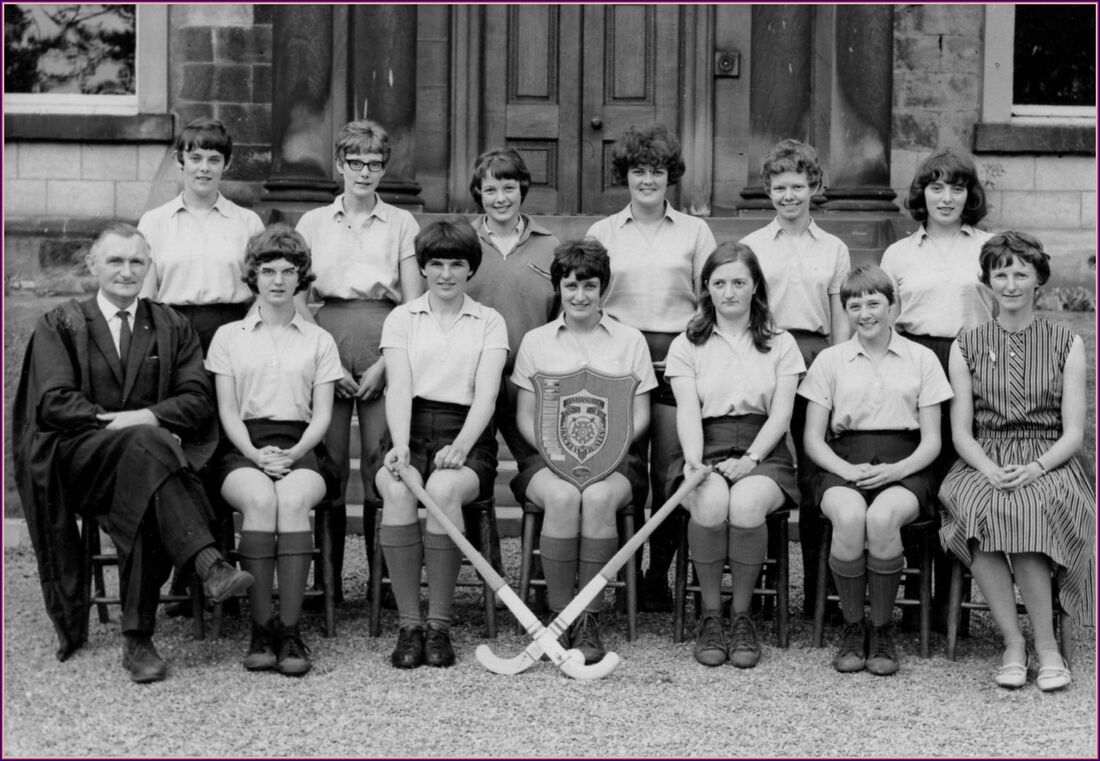 For the first time in many years Hemsworth have had an almost completely successful season, losing only one match throughout. It must be noted, however, that the excellent standard was maintained not only by the enthusiastic members of the First Team but also by those of the Second. Play in both teams was so similar in standard that members could be readily interchanged, as was discovered half way through the season when alterations were made, resulting in the team below: GK Sheila Radford, RB Jean Kilvington, LB Anne Parkes, RH Marion Pearson, CH Dianne Sell (Vice-Capt.), LH Jenny Swift, RW Sue Holder, RI Kath Lowe (Capt.), CF Jenny Jones, LI Chris Griffiths, LW Sue Wren.​ 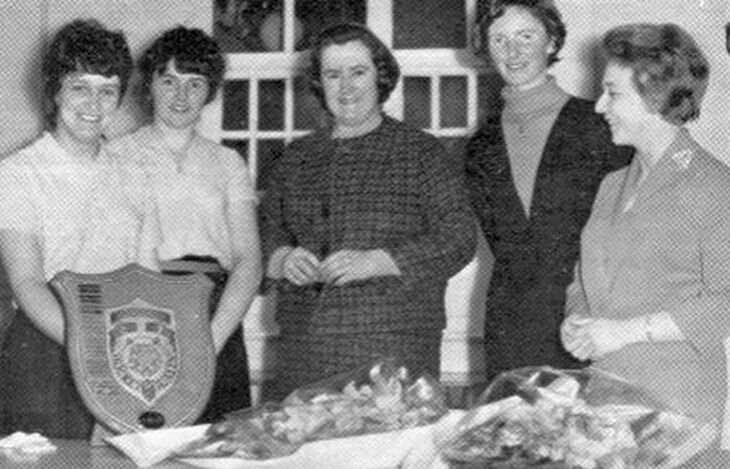 ​Miss Tate and Miss Jennings, who have done so much to help our hockey teams in the past, appropriately presented the shield.
L-R: Kathleen Lowe (Captain), Dianne Sell (Vice-Captain), Miss. Tate, Miss. Alliott, Miss. Jennings.​
These players went on to win the Hockey Rally on the 5th March. On this day all our worries about an uncoordinated forward line proved groundless. Although the first game was slow and below standard, play quickly improved and the 1st XI showed all their skill and fitness in the final game against Percy Jackson's, when Jenny Jones scored the only goal of the match, from a rebound from a shot from Dianne Sell. The general high standard of play became apparent when two of our members were selected for the Wakefield and District hockey team (Dianne Sell and Jean Kilvington). Jenny Swift was chosen as reserve.

On behalf of all the Hockey teams I would like to thank Miss. Alliot for the time and work she has put into our teams. Without her enthusiasm, the teams would not have achieved so much.
K. Lowe
Colours awarded to: Kathleen Lowe, Dianne Sell, Jenny Swift. Re-awarded to Jean Kilvington. ​ 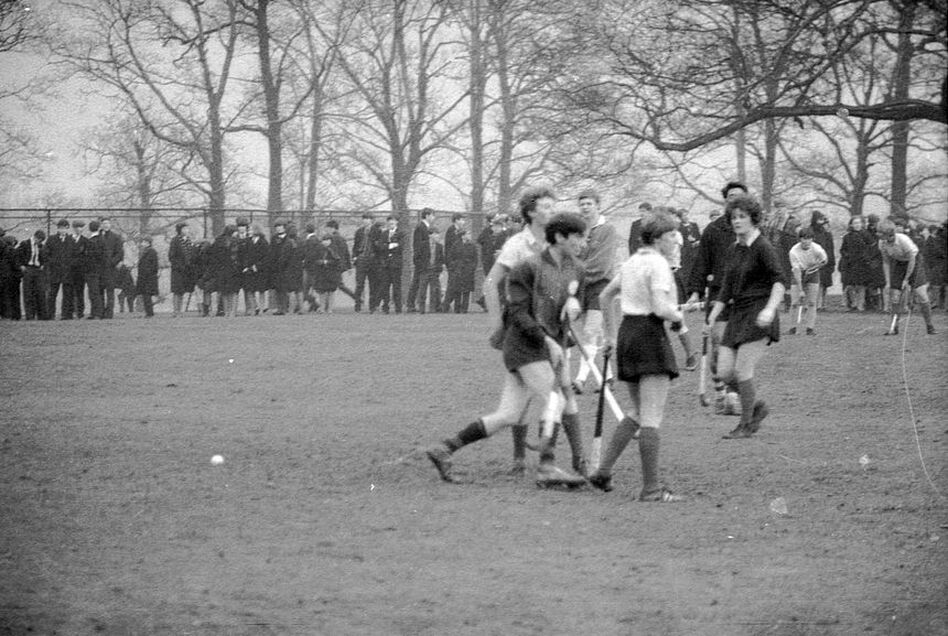 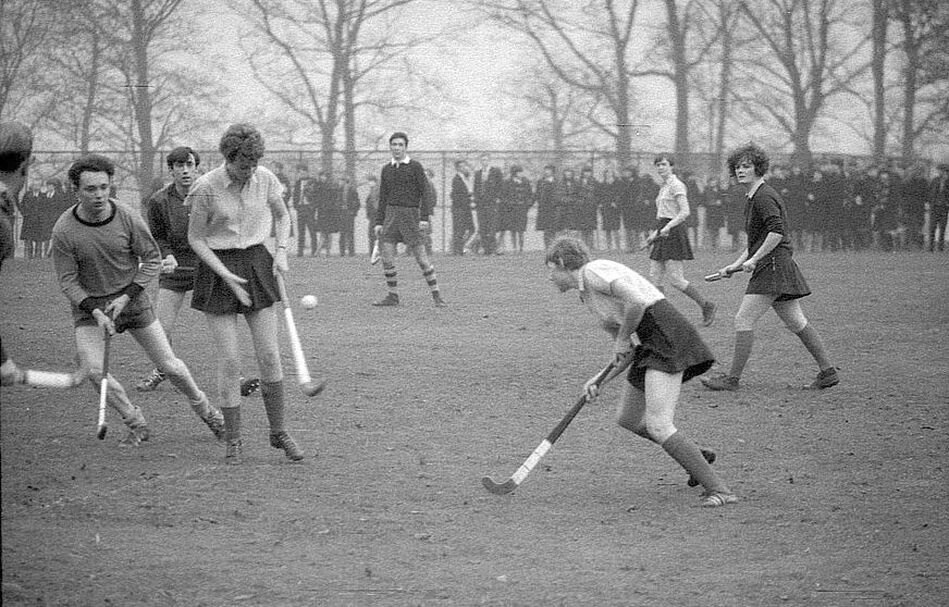 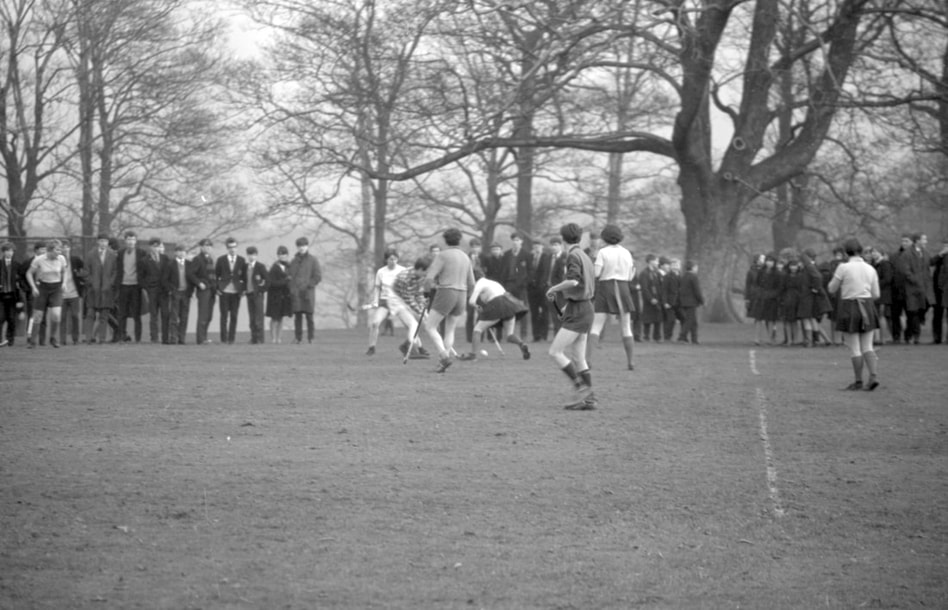 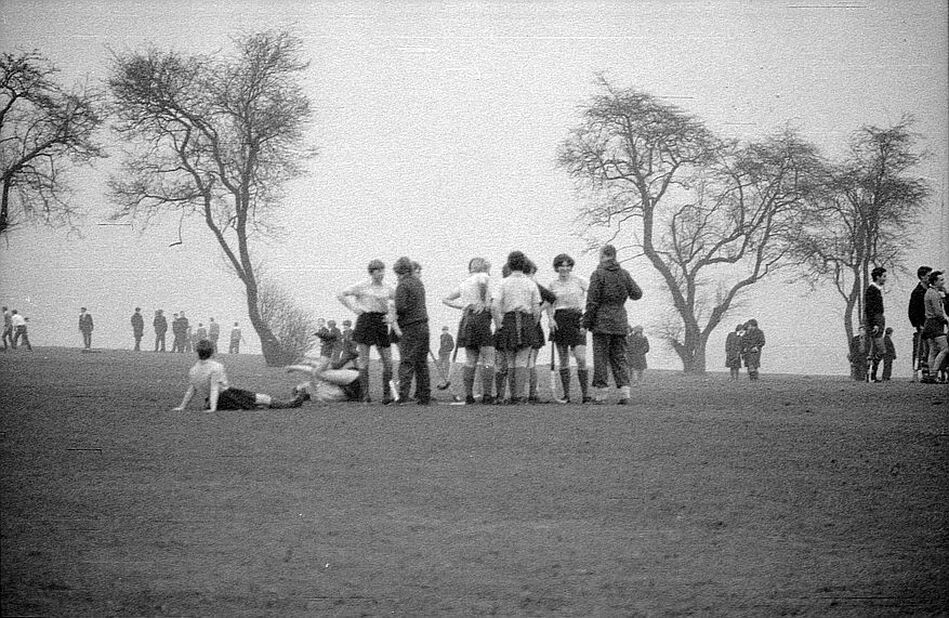 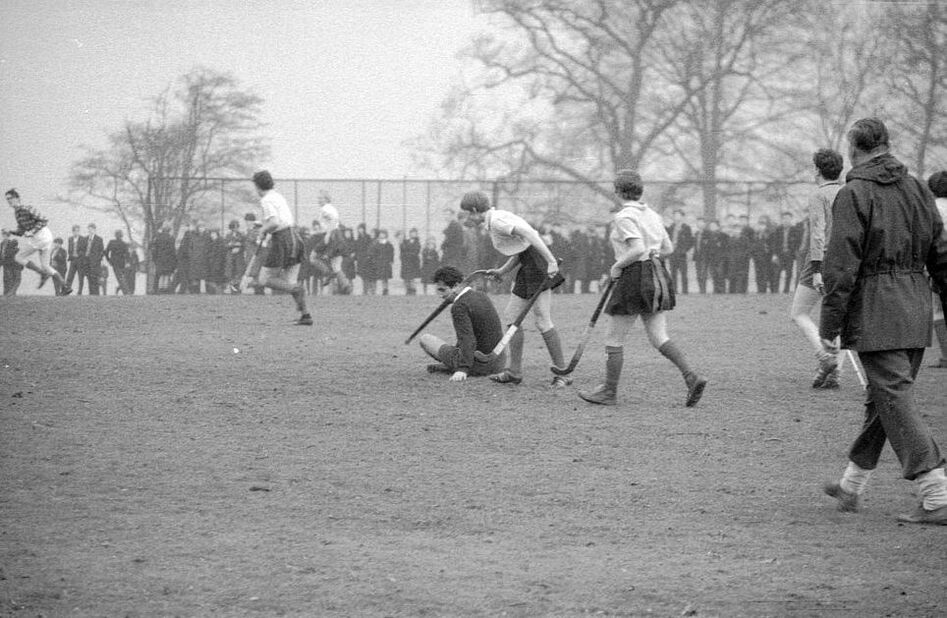 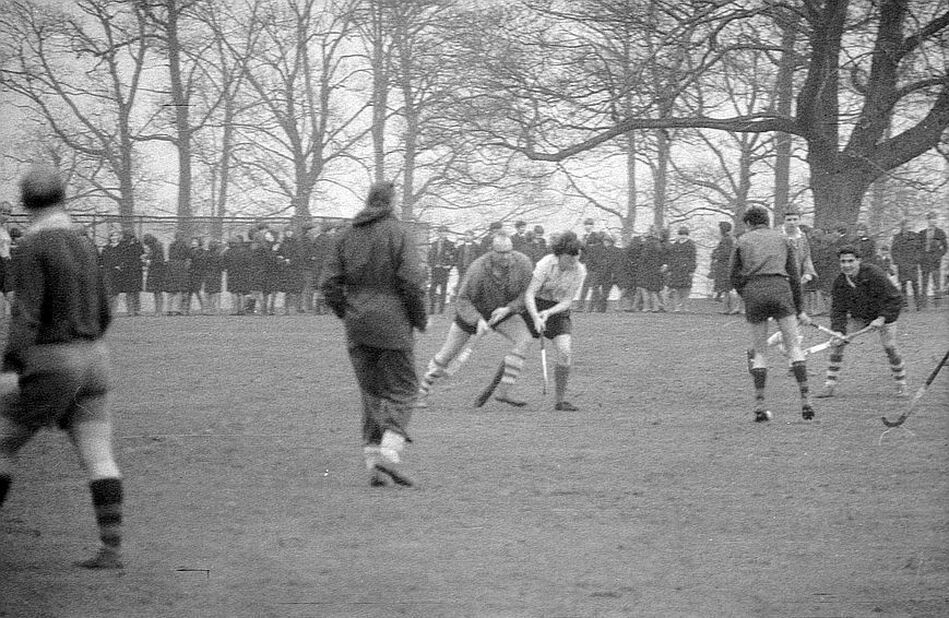 The above match action shots were all taken by Stephen Batey