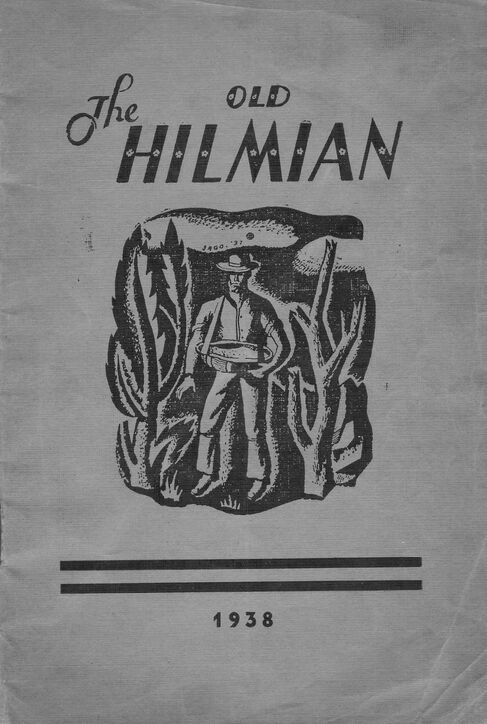 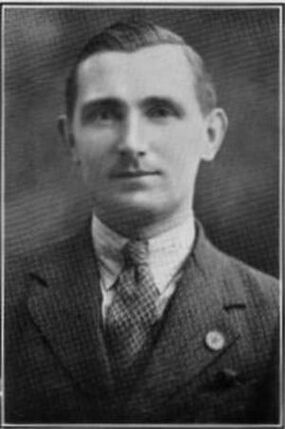 Area Subscription Collectors:
Hemsworth: A. Fox
Fitzwilliam and Kinsley: E. Pointon
Ackworth: H. N. C. Shadlock
South Elmsall and Upton: D. Wilson
South Kirkby: J. Keenan
Wragby and Foulby: M. E. Jones
Crofton: W. Kirk
South Hiendley and Ryhill:   G. Sterry
Cudworth, Brierley, Shafton: F. Swaine
Grimethorpe: H. Walker
Editorial
The reception given to the ﬁrst issue of The Old Hilmian conﬁrmed our belief that such a magazine would be welcomed by Old Students, and we present the second issue with conﬁdence. This year less space is devoted to reports of the various branches of the Association than in the first issue (when, aptly we think, a historical account of each of these was attempted) in order to include more news of Old Students. Even so, selection has been necessary and we have given ﬁrst claim to news, not easily obtainable from other sources, of those who have left the district. If there is any particular O.H. you would like news of, do write to the Editor who will do his best to put you in touch with him.

Notes
At the Annual General Meeting in September it was revealed that there were only 45 paid-up members. To improve this position Area Collectors were appointed on the suggestion of A. Fox (who himself, since the meeting, has collected 18 subscriptions). A list of these collectors is given on the ﬁrst page. Subscriptions may be paid either to a Collector or to the Treasurer. Since last Christmas three successful dances have been held, in January, at Easter and at Mid-Summer. At the Staff Play in April, the Association received a block of seats at reduced prices for the Saturday performance. The play was “A Chinese Puzzle” and our old friend, Mr. Storer, gave an outstanding performance. After the play, the many Old Students who attended were entertained to coffee by the Staff to round off a very enjoyable evening.

The Hockey Club continues its success on the field, though rather short of playing members - a drawback shared by the Rugby Club. Fortunately both have ﬁrst rate Secretaries who deserve great praise for their keenness and efficiency.

​At the Annual General Meeting J. Andrew intimated that he could not stand for re-election as Secretary. We thank him for his services for he did his job conscientiously and well.
During the year the Association adopted an Association tie. The tie, which has broad red and blue stripes with narrow silver stripes, may be obtained from Messrs. G. Rowland, of Pontefract.

The Magazine: Former pupil' Views
“ . . . A certain news element is necessary but tor many of us the news has no meaning since we never even met the persons referred to. So in order that this news shall be “carried”, articles of general interest, stories, political discussions, sociology, etc., should predominate."
“. . . The Magazine could do with some lively and personal articles. At present its as interesting as last year’s seedsman’s catalogue.”

The above are two Old Students’ criticisms of the last Magazine, and as they contain constructive suggestions they are very welcome. In reply to the first, the committee decided that the Magazine should be in the main a news magazine. It is inevitable that to every Old Student some of the news will be uninteresting but we attempt to “spread” the news so that no reader will ﬁnd nothing of interest. Within the limits of space (and the Magazine must necessarily remain small, unless the circulation increases), we agree that articles should be included with the following provisos:
(a) If the article is on a general topic it shall be worth reading “unsigned” (that is apart from the fact that it is written by an Old Student).
(b) The Article shall be personal or concerned with Old Students or the School.
​​​Thus we agree with the second critic, as to the desirability of personal articles. The trouble is that the articles are not forthcoming. ‘Will you write something for the next Magazine? We throw out a suggestion.“Reminiscences” Treated seriously or lightly, yours would be welcome. If several Old Students were to do this they could be collected together and form a very interesting feature next year.
J. K.
(P.S.: On behalf of Critic No. 2, we apologise to any Seedsman reading the last issue.)

The Hockey Club
After Christmas the Hockey team met with considerable success, winning every match and closing the 1937-38 season with 113 goals to their credit as compared with 31 against. At the close of the season we attended the Yorkshire Women’s Hockey Association Rally at York, and won four matches out of six. Last Summer two of our members were married: E. G. Wilson, now Mrs. A. Myers, and H. McCroakam, now Mrs. R. Myers. We extend our best wishes to them for their future happiness. During the Summer we arranged two tennis matches with the School, drawing one and winning one.

We have started the 1938-39 season well, having won every match so far (touch wood) and there 1S every hope for another successful season. We are still short of players but it has its recompense, there is no fighting for places in the team. As appealing seems hopeless we’ll leave it and hope for the best.

In conclusion we would like to thank Mrs. Hamilton and Mrs. Manning for their interest and help during both seasons.
M. Harrison

The Rugby Club
Although the playing record for season 1937-1938 (played 23, won 10, lost 11, drawn 2, points for 220, against 181) does not look very impressive, it should be realised that every year the Club is able to arrange fixtures with better class teams who provide much stiffer opposition than the “B” XV’s of former years. Support has increased considerably during the past year although Wade, our leading scorer, has left us for Bradford. Soon after the commencement of the Season, the School field was closed for alterations, and the difficulty of finding another playing area arose. We obtained the use of the Cemetery Lane ﬁeld, but heavy expense was involved in purchasing new goal posts. An expected profit was turned into a loss of twenty-eight shillings, but it is hoped that this season a profit will result - enough to wipe out the deficit. This season, 11 matches have been played at the time of writing, 6 having been won, 4 lost and 1 drawn. The team spirit is good and the standard of football is much improved.

In Clifton the Club have a real discovery, and up to the time of writing he has scored 40 points (12 tries and 2 goals) in ten matches, thus equalling Senior’s record of two years ago, and not half the season gone! For the first time in history the first round of the Yorkshire Cup was played at Hemsworth where Moortown proved a little too classy and won by 30 points to 18.

Towards the end of November the Club suffered a very heavy blow in the passing of Hodge, the Chairman, whose interest in us was unbounded. He would turn up to our matches home or away, rain or ﬁne, and his support from the touch will be greatly missed. The funeral took place at Ackworth, and the Secretary and six players attended.

In conclusion, may I express my thanks to all who have assisted the Club, especially to Mr. Hamilton for his lively support, Mr. and Mrs. Cliffe for their splendid teas, and the Press who have given us every opportunity of making ourselves known. The only thing now needed is an increased membership as we need more money to carry on comfortably. The subscription is 2/6 per year and should be sent to the Secretary who will supply any information which may be required concerning the Club.
H. N. C. Shadlock

A Memorable Christmas
The largest number of Old Students ever present at an Old Hilmians’ function gathered on December 23rd, 1937, at a Dinner and Dance in honour of the retiring Headmaster, Mr. Jenkinson. The President of the Association (Mr. W. Kirk) presided, accompanied by Mr. Jenkinson, the Hon. President (Mr. R. W. Hamilton), the Vice-President (Miss F. Swaine), and Mrs. Hamilton.

A brief silence was observed in memory of Miss Griffiths, who died the previous July.

In his speech the President paid a warm tribute to Mr. Jenkinson for his work during his stay in Hemsworth, and said that he would always be remembered with gratitude and esteem. On behalf of the Association he (the President) presented Mr. Jenkinson with a gold wristlet watch.

Prolonged cheering greeted Mr. Jenkinson, who was obviously moved by the expression of feeling of his old pupils towards him. He said that it was a great occasion for him and he could not adequately express his thanks for the wonderful reception. He then spoke of the School, and said that he was glad to hand over the work to a man (Mr Hamilton) who would do his utmost to uphold the traditions he had endeavoured to establish.

The Vice-President then paid a tribute to Miss Griffiths, and presented the School with a framed portrait of her, suitably inscribed, from the Association.
​Mr. Hamilton, accepting the portrait, said that it would partner one of Mr. Jenkinson in the School Library (by the fireplace on the front wall). After the Dinner, a short thriller, “Shall we ]oin the Ladies?” by Barrie, was presented. It provided a pleasant interlude and was well received. After the play, dancing was enjoyed until 2 o’clock, when a memorable evening concluded with a very hearty rendering of “For he’s a Jolly Good Fellow.” The function, the most successful ever held by the Association, was a great tribute to the organising ability of G. F. Potts, who, in addition to making all the arrangements, acted as producer of the play. The Association thanks him for his work.
Mr. Jenkinson 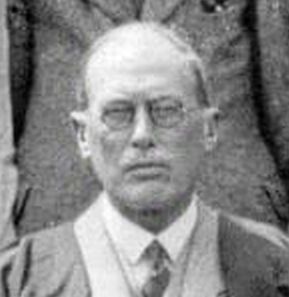 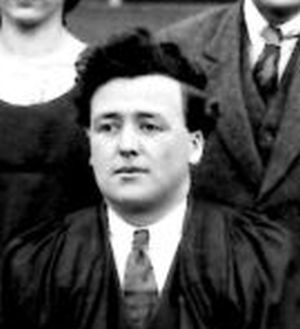 Mr Dickinson
Mr. Clift beats his one-time colleague by two in immediate descendents. He is lecturer at University College, Nottingham, where he has been since he left Hemsworth. 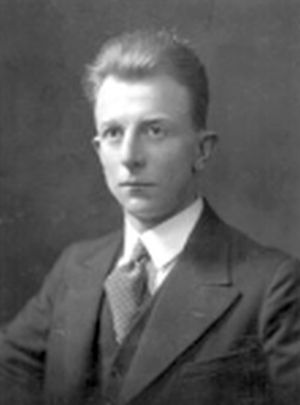 Mr Clift
Mr. Scott, still in Birmingham, is still the “compleat bachelor”, although he has been best man six times, and is godfather to four bonny children. His Rugby days are over, except as a referee, and his main hobby now is amateur dramatics. 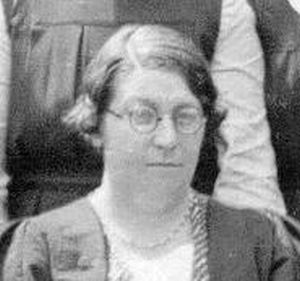 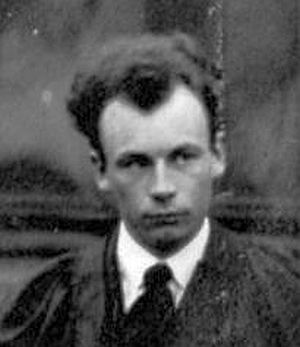 Mr Shiells
Mr. Augur has taken up temporary duty with the Royal Air Force Educational Service, for a period of three years. He is stationed at Cosford Aerodrome, Salop. There are several Old Boys stationed there. He will return to Hemsworth after the three years are up.
​
Miss Lockey has returned to England from South Africa, via America.

Hilmian Trust Fund
​The Governors of the School have under consideration the creation of a fund to assist necessitous students proceeding to Universities to buy books. When the scheme is deﬁnitely launched, the Committee of the Association has agreed to make it known to Old Students, and the Governors have agreed that the Association shall be represented on the administrative body.