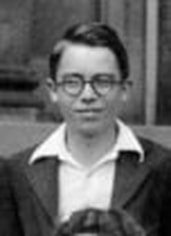 1947 is a landmark in the history of the School Magazine; for the first time since before the war a printed magazine has been produced. All the articles appearing in this issue were selected by a committee of members of the sixth form, while it has been edited by one of that august body. On reading the magazine you will notice that several school societies have ceased to function as the need for them has passed, but new ones have been formed to make school life more interesting. We have now historical, debating, literary and current affairs societies and Esperanto and gramophone clubs. The standard of the original contributions this year has been high so that many quite good ones had to be rejected, and we should like to thank all contributors whether or not their articles were printed.

Visitors to school this year included Lady Houldsworth on Speech Day, Mr Appleby to adjudicate the Music Competition, and Mrs. Blair for the Reading Competition. All of these gave interesting and valuable comments and hints on their various subjects. Among the notable events of the past year was the Staff Play, an excellent performance second only to the School Play, in the quality of acting.

Another feature of the year has been the inclement weather which virtually put a stop to inter-house and inter-school sport during the Spring Term. Even the cross country run had to be cancelled. However, during the Winter Term the school teams had great success and recently a epresentative school team showed other West Riding Schools our true worth by winning in the sports at Huddersfield. These setbacks have increased competition in cricket and athletics during the Summer Term and there has been great keenness shown in music, dramatics and reading.

Since the last issue of the magazine Mr. H. Davies, Miss Robinson, Mr. Weissemburg, Miss Bromley, Miss Thomas, Miss Stott and Mrs. Broodbank have left. Miss Robinson is now Mrs. H. Davies and Miss Stott is now Mrs. Singleton. This has caused members of the lower forms to eye any unattached males calling at school with deep suspicion. We have to give a by now belated welcome to thirteen new members of staff: Mr. B. H. Smith, Mr. W. A. Davies, Mr. Oaks, Mrs. Burn, Miss Davies, Miss Metcalfe, Miss Bisset, Miss Lawton, Miss Horsfield. Mr. Jones and Mr. Farrar, while Miss Billborough and Mr. Poole must be welcomed and regretted at the same time as both are leaving at the end of this term.

In an attempt to pacify sundry Old Hilmians who will sagely remark “The old magazine isn’t what it used to be,” we have again included an Old Hilmian section. The whole of the original contributions section has been divided into two sections - a Senior and a Junior. We should not like the Seniors to suffer by comparison.

A School Magazine is not like an ordinary magazine for it is something one saves for years and reads to refresh old memories. That is why this issue has been printed. Keep it; in later years you may find it amusing.
Kaye. U6A.1948
1948

When we are looking back over the last School Year it is encouraging to know that once again the School XV has upheld its highest traditions, and the Hockey Team scarcely less so, and that the high standards set up in former years in Music, Dramatics and Reading have not been let down. There seems no reason to doubt that we shall do as well as ever in the Inter-School Sports, and that once again the examinations will find us with pupils well qualified to take the honours in that arena. Yet is this enough? Generations of Hilmians have done these things before. We are reaching the end of the small, intimate Grammar School which was known so well by countless of those hundreds who gave us these traditions. We owe it to them to close this era in the history of Hemsworth Grammar School in such a burst of energy and co-operation as has never before been surpassed. Look to it, you slackers! If everyone would pull his weight in work and play; take part in all School activities; rely on himself more and not wait to be chivvied around, the School would gain an atmosphere and reputation second to none.

Yet in spite of the few “hangers on” we have had a very successful year and are looking forward with great enthusiasm to Sports Day and the Country Dancing Festival. Visitors have included Mr. and Mrs. Inebnit on Speech Day; Mr. Yeoman; Dr. Newell and Mr. Derek Birley, an old student, all of whom have given very interesting and enlightening talks. While wishing every success to Mr. Poole, Miss Shaw, Miss Lawton and Miss Peace, who have left us since the last issue of the magazine, we should like to extend a hearty welcome to Mrs. Hamilton, Mr. Blewitt and Miss Frost who have so ably filled the gaps.

This year’s contributions are up to their usual high standard and it is good to see more effort from the Sixth Form who have rallied round in spite of impending exams. So to the rest of the School we say - take care of it - looking back is amusing!
Barbara Harwood. U6A (Head Girl) 1949
1949 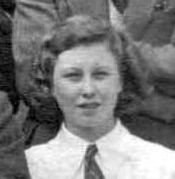 This year finds us one year closer to the breaking up of our small community and one year further away from that glorious day in 1921 when Mr. Talbot first opened the doors of the new Secondary School. Mr. Talbot and Archbishop Holgate - the founder of the first Hemsworth Grammar School in 1548 - gave their names to the first two houses of our school. When we look back from the comfortable well-run school we know today, it is hard to visualise the obstacles which lay in the paths of those first ‘Young Hilmians.” In the first school magazine we read, “ The girls have a field for Hockey, rough at present but capable, with plenty of rolling, of becoming quite a fair ground,” - and, “We hope also before long to have a wireless listening-in installation. Then we look forward to hearing the real thing.” It is a very good thing to look back through the early records of the school. Far too many of us don’t realise what a grand history we must live up to. Are we doing enough for the school? Can we do enough? One of the milestones of last year was the visit of Lord Halifax on Speech Day. Other visitors to the school were Monsieur Duthel on Sports’ Day - he was in charge of the party of French children who were visiting our Esperanto Club - Mr. Mason with the West Riding Orchestra and Miss Marshall, the Technical Nursing Officer of Sheffield, who brought a film “Student Nurse” which was shown to the girls of forms 4, 5 and 6. We have had a good year and are now looking forward to Sports’ Day, Folk Dancing and the School Concert, which will be described elsewhere and which is to take the place of our Music Competition. We are also looking forward, but with different emotions, to the too quickly approaching School Certificate and Higher School Certificate Examinations.

Since last year we have had a very great number of Staff changes. We wish every success to Miss Davies, Miss Bisset, Mrs. Hamilton, Miss Thompson, Dr. Sass, Mr. Oakes, Mr. Ward, Mr. Smith, Mr. M. Davies and Mr. Blewitt - and at the same time we give a belated but none the less hearty welcome to - Miss Ward, Miss Wimpenny, Miss Woodward, Miss Jackson, Mr. Allan, Mr. Stockill and Mr. Swinbank. Four members of the staff to whom we must say, “Hello and goodbye,” are Miss Wilson, Miss. Sykes, Mr. Hewson and Mr. Davis.

We go to press early this year so we can merely wish all competitors - whether on the sports field or in the examination room - the best of luck. Do your best and none can ask more of you.
Marion Roberts U6S.1950